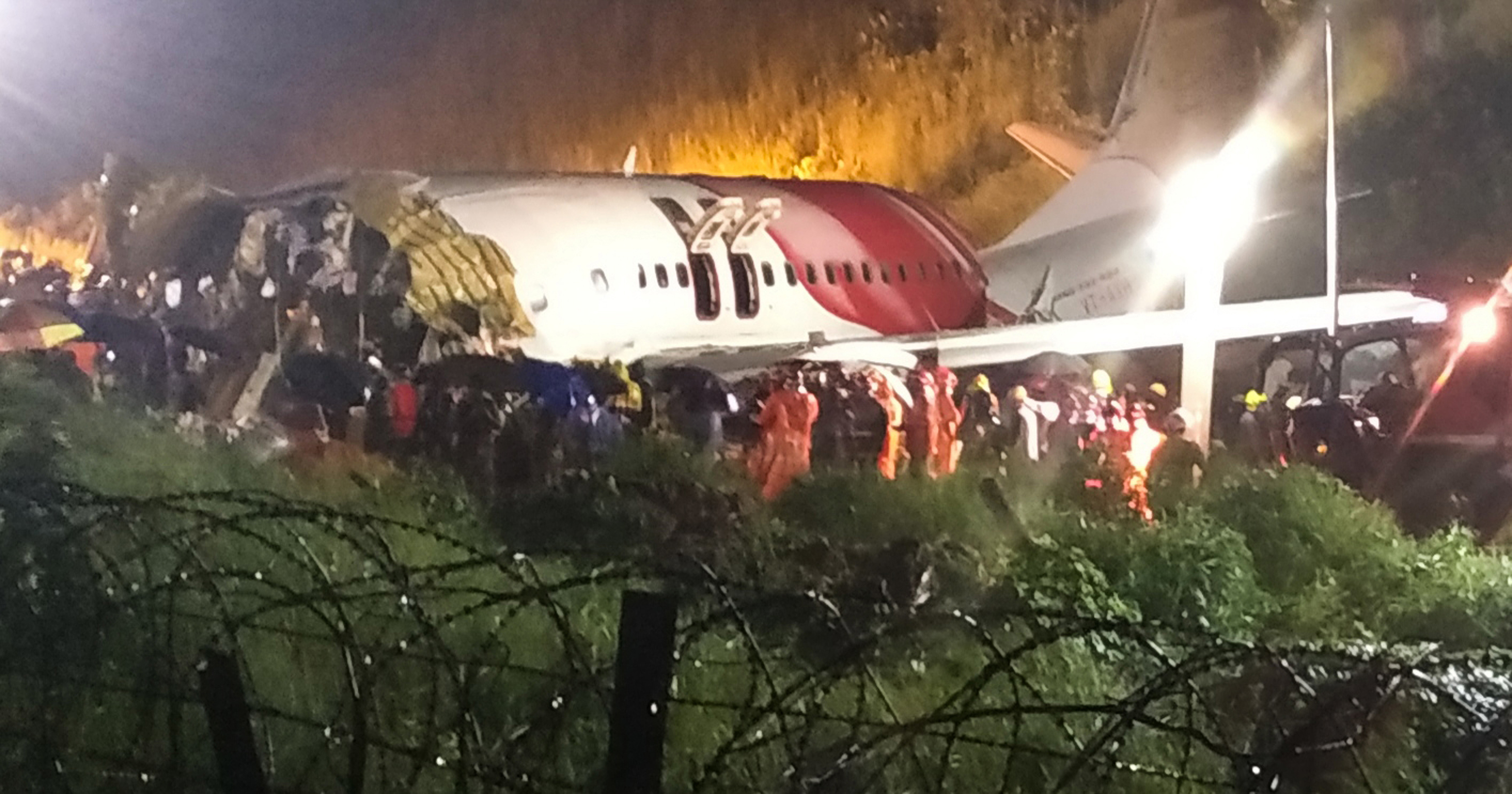 Air India Express aircraft from Dubai to Kozhikode with 191 onboard crashed while going on to the runway. While going on to the valley after landing at Kairpur airport the flight crashed down. According to the reports, it has been claiming that two people including pilots have lost their lives due to the crash. Soon after the crash NDRF team (National Disaster Response Force)  rush to the spot crash. DG SN Pradhan says that only 4 people lost their lives rest passengers are suffering from injuries whereas some are unconscious. DG SN Pradhan prayed for the speedy recovery of the injured people.

This mishap took place at around 7:10 P.M. on Friday and the plane was crash into two halves. Thankful only people are suffering from injuries no serious problem was face by passengers. But the sad part is that 2 passengers including pilots lost their lives, may their soul rest in peace. According to the reports, the senior pilot lost his life in the mishap whereas the co-pilot is in critical condition. Therefore, the cockpit and the front door of the flight were completely in damaged condition.

All the passengers were evacuated, says KJ Alphonse, BJP MP from Kerala. Hopefully, they will be fine as well, and may the soul of dead people rest in peace. 2020 is definitely the worst year for the whole world as people are facing so many issues and problems. May God help the people to get out of this year soon.

Get in touch with us to know more. #Stay Home #Stay Safe.

Sat Aug 8 , 2020
From the updates, it has been found that in between the pandemic outbreak of COVID, the P.M. of Mauritius declared a state of environmental emergency. Moreover, P.M. has appealed to France for urgent assistance because oil from grounded cargo ship spilled all around. The oil spill unabated into islands nation […]