According to the recent news, ODI match is taking place between India and Australia. Ranchi is the place where the ODI matches are taking place. Team India Pays Tribute to Indian Armed Forces With Wearing the Camouflage Caps. 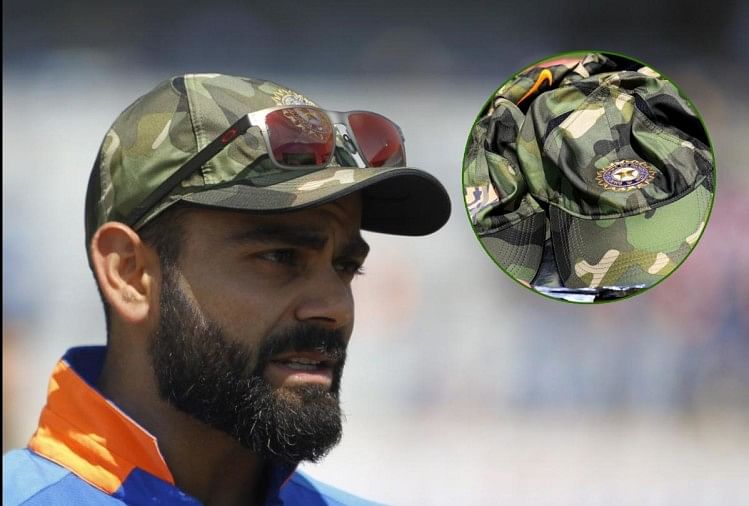 According to the recent updates, the Indian cricket team in a remarkable gesture is wearing camouflaged caps to give tribute to the martyred soldiers of Pulwama terror attack. The Indian team is giving tribute to all the armed forces of India.

Everybody was in a big shock after this terror attack. Each and every person in India showed their feelings by tweeting on Twitter. Everyone gave tribute to all the soldiers who died or lost their lives in this terror attack of 14th February 2019.

According to the updates, it was noted that Virat Kohli and M.S. Dhoni will be helping the soldiers family by donating their match fee. They also said that they will be going to help the families of the Indian army in every possible way they can.

YES, this is a special cap and will forever remain special- Kohli said these lines at the time of toss before the match.

All the Indian cricketers have decided to donate the match fees and money to the National Defence Fund. Therefore, this will give a tribute to all those soldiers who lost their lives in the Pulwama terror attack- Dhoni said.

How Do You Choose the Right Motorcycle Gear?

Sat Mar 9 , 2019
Protective gear may seem predictable in the beginning but you should realize that protective gear are all different from each other. Some are good because they can offer the level of protection that you, as a motorcycle rider will need. There are some that may seem great at first glance […]

Cheap Motorcycle Transport – Tips to Save Money on One-Way Trips

What Is The Importance Of Investment Planning In Your 20s

Comprehensive Guide to Understand Everything About Preparation for ACT Exam